The start of May did not go as planned for cryptocurrencies. Bitcoin halving’s pre-effect was supposed to result in the coins’ bull run, however, things turned out differently. While Bitcoin Cash and Dash are struggling amid losses, VeChain surprisingly is maintaining an upward trend at the moment. 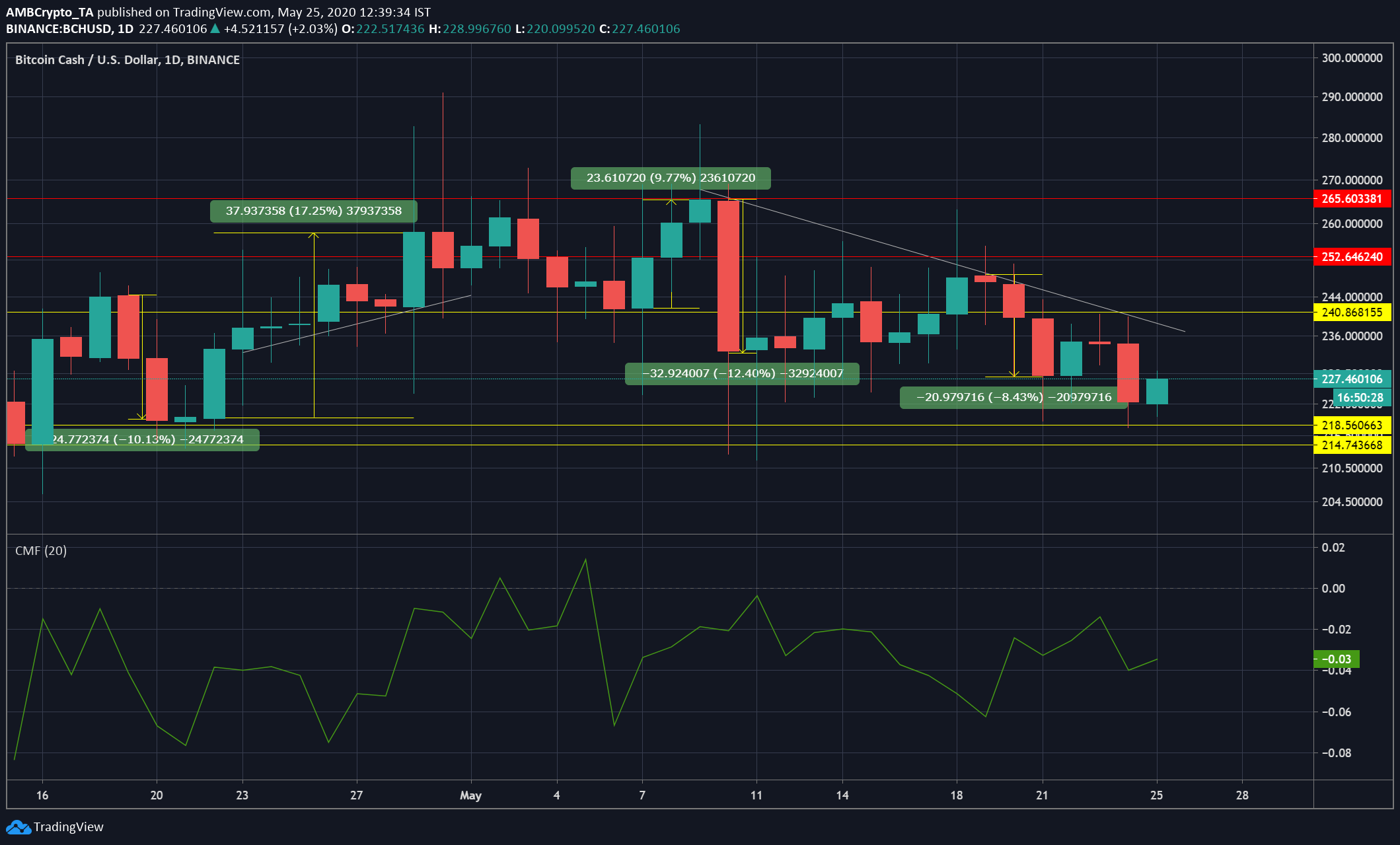 Bitcoin Cash, following the significant gains at the beginning of April, recorded a 17% rise on April 23 and trended upwards throughout the month, but met with a sudden drop on May 1 and saw another drop on May 10 by 12%. Since then the coin has been trying to rise back to its key resistance level [$265]. The coin saw a negligible uptrend on May 24, however, the CMF indicator which rests below the zero line hints at a continued downward breakout.

On the development end, the Bitcoin Cash network recently completed another upgrade adding a few new features to the blockchain. The new upgrade is told to bring opcode support, a chain limit extension, and the improved counting of signature operations using the new “Sigchecks” implementation. 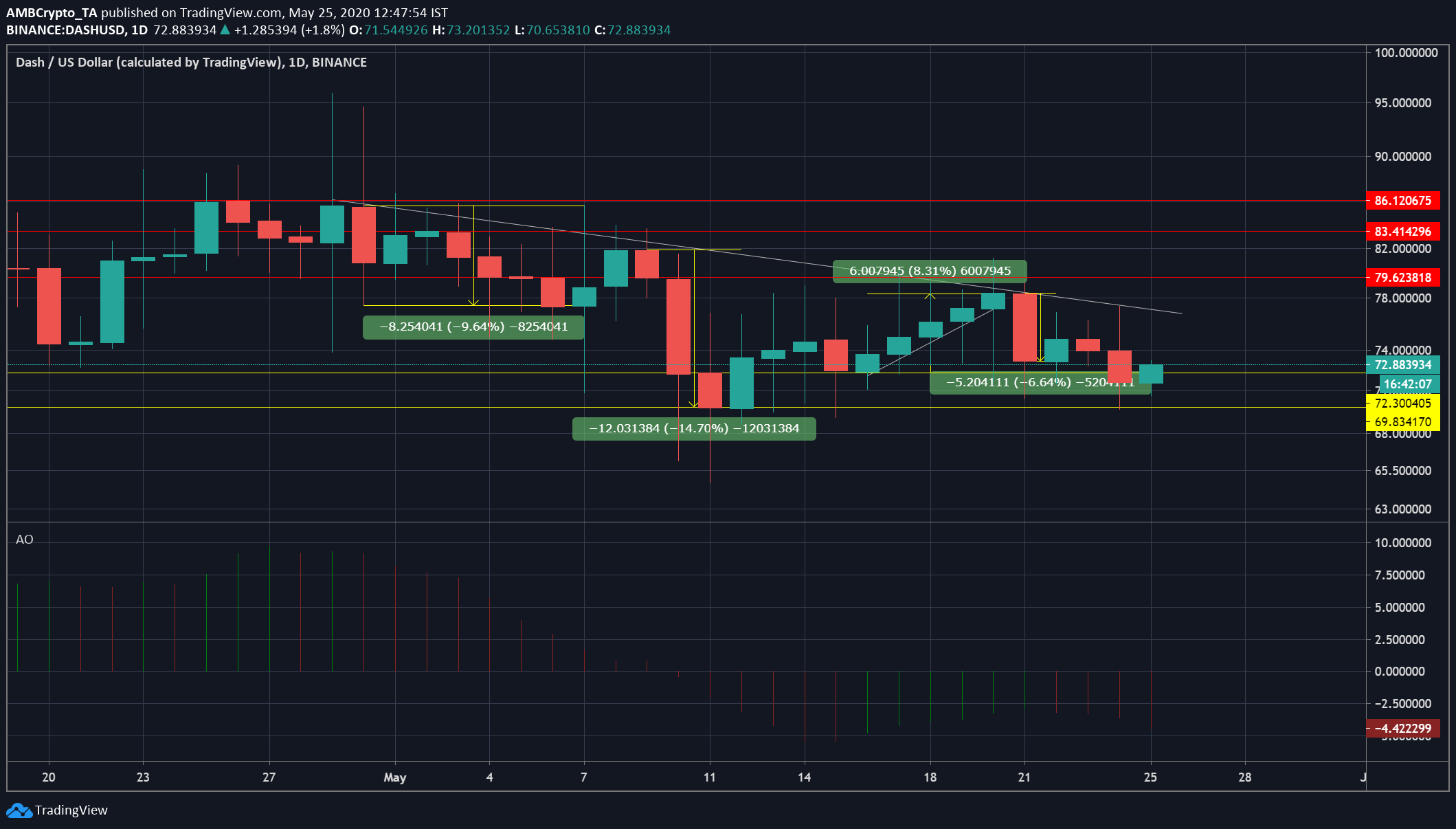 Just like BCH, Dash also recorded a sudden drop in price on May 1 and another additional 14% drop on May 10. The coin recovered real soon and rose by 8% only to meet with another 6% drop on May 21. There was a slight uptrend seen on May 25, however, the Awesome Oscillator signals at a continued downward breakout.

However there isn’t much to note on the technical development end for Dash apart from the coin moving up the CoinMarketCap ladder by one step recently. 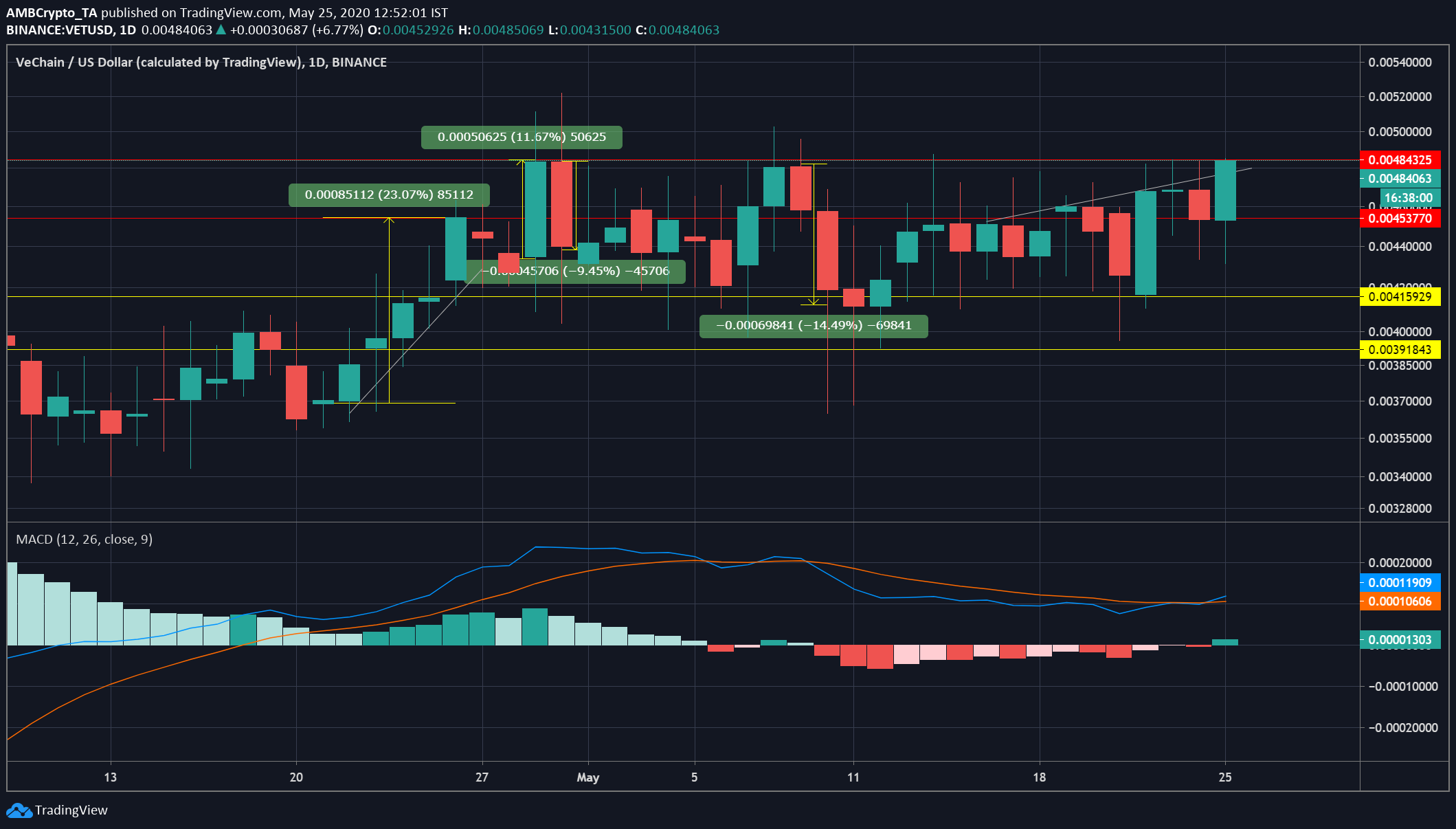 As seen in the above-attached chart, VeChain, the 34th coin as per CoinMarketCap, performed quite well in April. It rose by 23% on April 21 and saw another rise of 11% on April 27. VeChain also followed the same pattern as other coins and recorded a 14% drop at the beginning of May. However, it looks like the coin has recovered at the moment, and as the MACD indicator‘s bullish crossover indicates, the coin might continue this upward trend.

VeChain recently entered into a partnership with I-Dante to develop a blockchain-enabled medical data management platform. The platform is working towards securing data storage and efficient information that is shared between several parties.

Here are 11 ways you can earn money online in India