Strong gains between 20 – 22 January pushed Bitcoin’s [BTC] price to rally by over 2% during the intraday trading session on 23 January. This caused the leading coin to trade at levels last seen in August 2022, data from CoinMarketCap showed.

With BTC currently exchanging hands above the $23,000 price mark, leading on-chain data provider Glassnode, in a new report, noted shifts in the behaviors of new investors (short-term holders), long-term holders, and miners, which might indicate profit-taking, following a significant bearish trading period in 2022.

On-chain metrics point to one thing

According to the report, an assessment of BTC’s Percent Supply in Profit metric revealed that the surge in price since the year started represented one of the sharpest spikes in profitability compared to prior bear markets.

According to Glassnode, in the current bear market that began in November 2021, BTC’s Net Realized Profit and Loss metric has suffered two large capitulation events (Terra-Luna and FTX collapse), which resulted in a net loss of 2.9% and 3.7% of the king coin’s market capitalization per week, respectively.

However, with a spike in BTC profitability in the past few weeks, Glassnode found that the market has shifted to a state of profit dominance, which it described as a:

“Promising sign of healing after the heavy deleveraging pressures inflicted in the second half of 2022.” 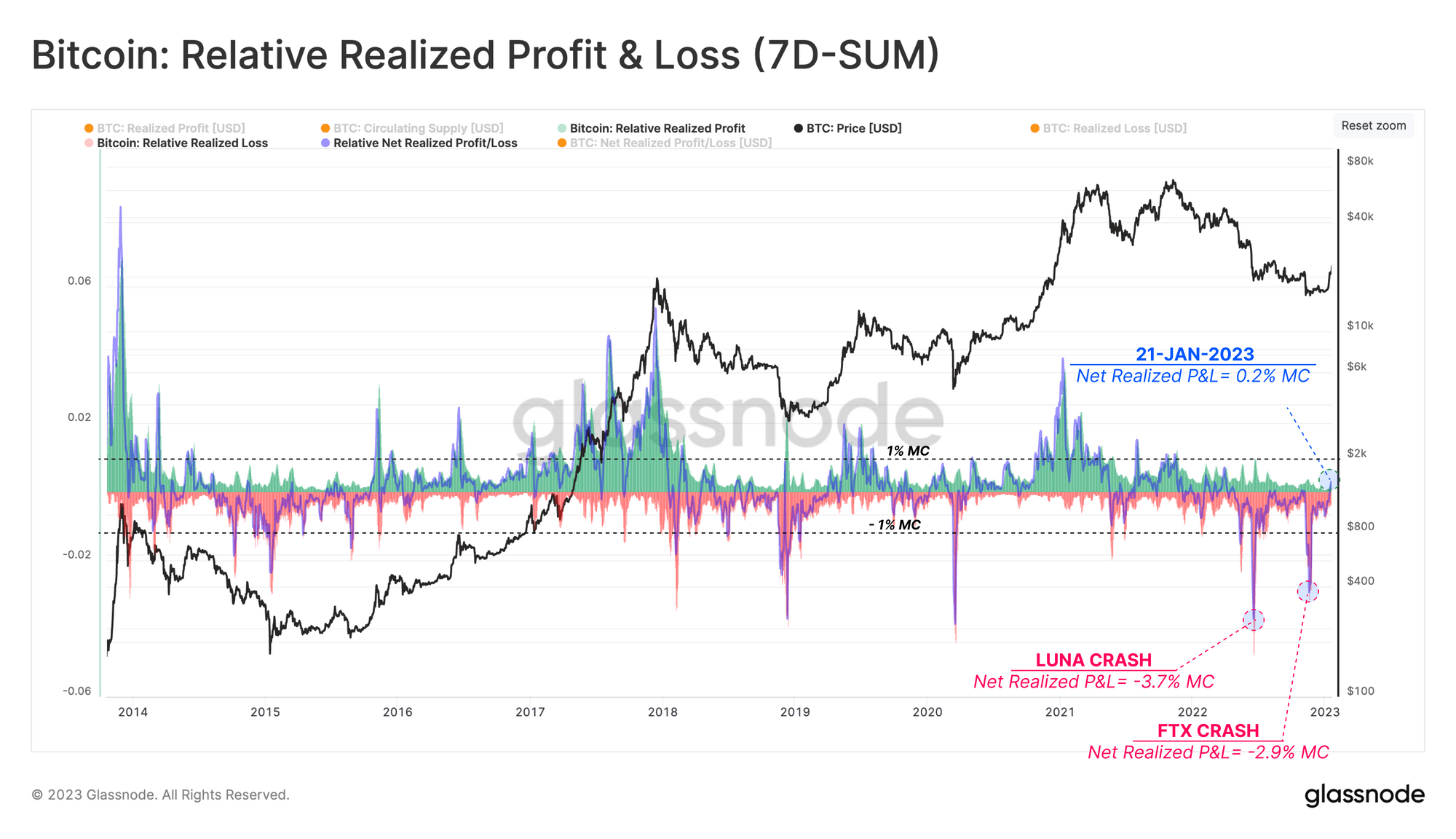 Further, in determining what new BTC investors have been up to, Glassnode assessed the coin’s Percentage of Short-Term Holder Supply in Profit metric. It found that the recent surge in Bitcoin’s price to $23,000 pushed this metric to above 97.5% in profit for the first time since the all-time high in November 2021.

However, investors should remain cautious, as when more than 97.5% of short-term holder supply is in profit, these players are more likely to exit at break-even or profit, Glassnode opined. 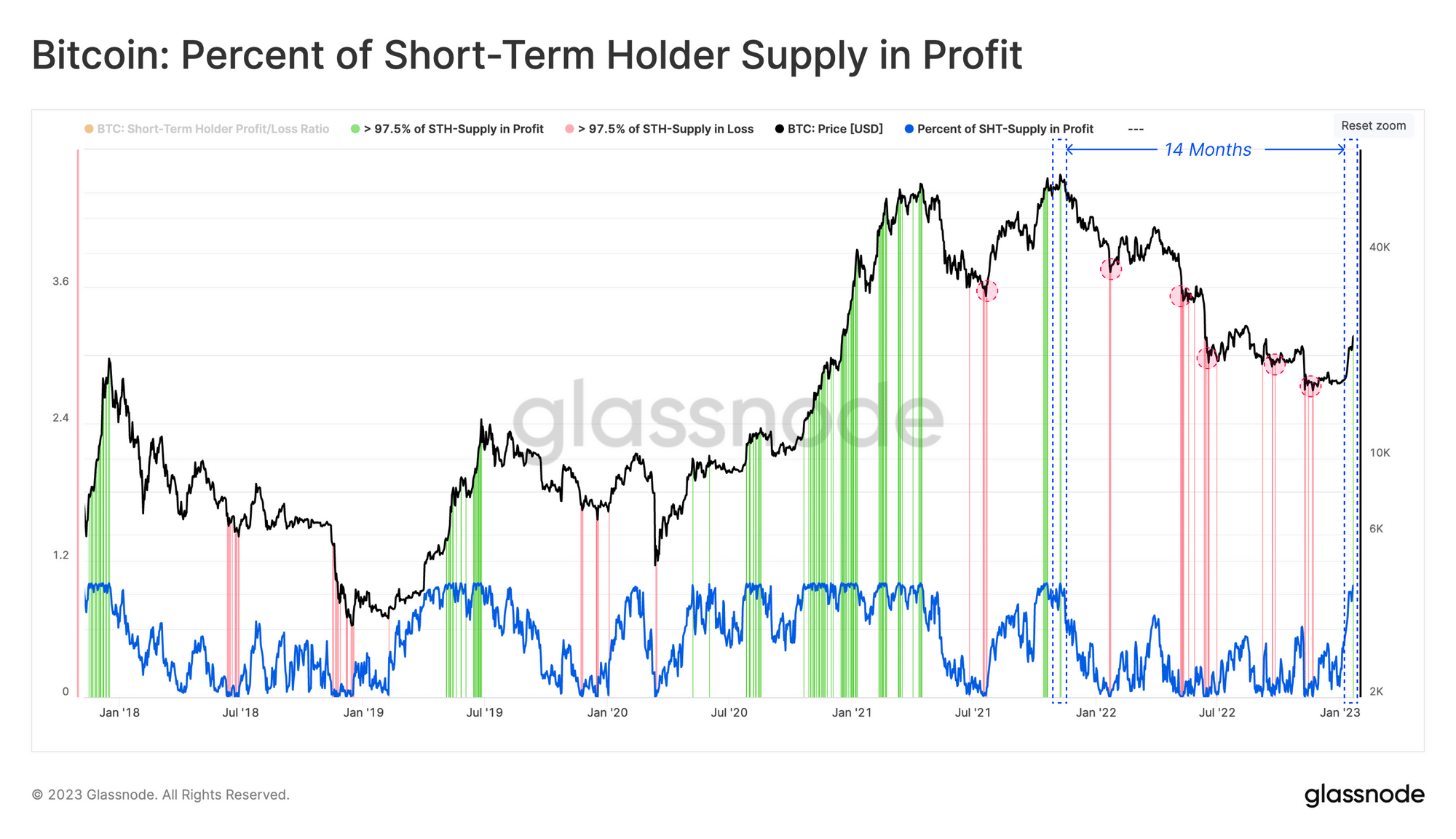 “Therefore, the sustainability of the current rally can be considered a balance between inflowing and newly deployed demand, meeting the supply drawn out of investor wallets by these higher prices.”

Is your portfolio green? Check out the Bitcoin Profit Calculator

As for long-term holders of the king coin, following the shake in conviction that led many of them to distribute their BTC holdings when FTX collapsed, the recent jump in price has led to an increment in long-term holdings. Glassnode said:

“The supply held by HODLers has shifted from a contraction of -314k BTC/month following FTX collapsing to an expansion at a rate of +100k BTC/month.” 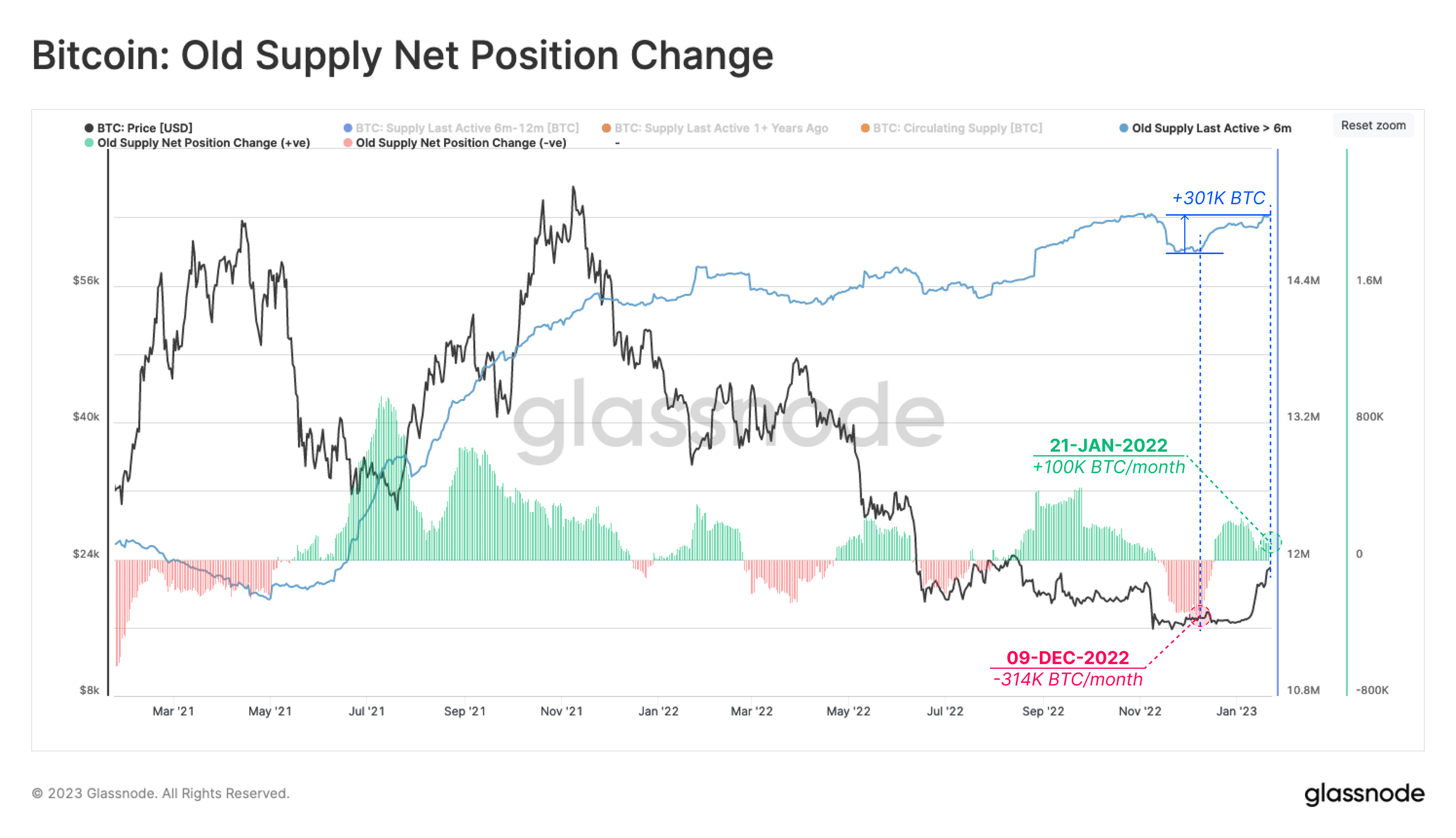 Source: GlassnodeLastly, as for the miners operating the BTC network, an analysis of the Puell Multiple revealed:

“That the relative miner revenue has increased by 254% compared to early January, highlighting how immense the financial stress experienced by the industry has been throughout the bear market.” 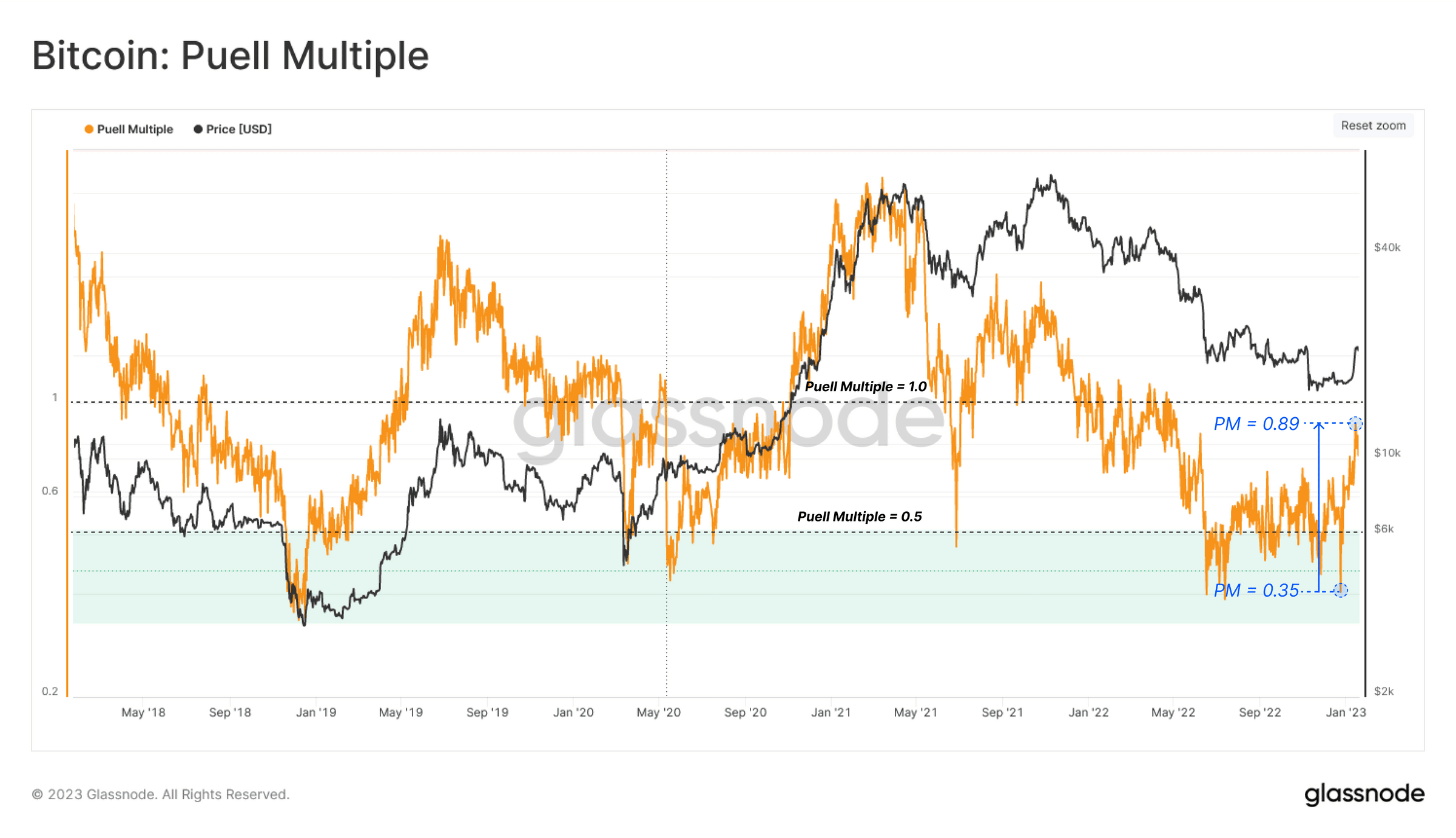