The Bitcoin community was hyped up and waiting anxiously for the Bitcoin halving in May, with many traders expecting to reap some profit following a surge in BTC’s price. They were mistaken as while the price of BTC did move, it moved in the opposite direction. As the halving came and passed everyone by, the king coin stumbled around the $9000, before falling for lack of immediate support. At press time, Bitcoin was valued at $8,808.31, reporting just a minor gain over the month despite the fact that it did climb to higher highs in May.

Such price movements were yet another case of volatility that ingratiated itself to the cryptocurrency market. However, with volatility entering the BTC market, the realized volatility appeared to have fallen to a 3-month low. It slumped below the March volatility, according to data provided by skew markets. 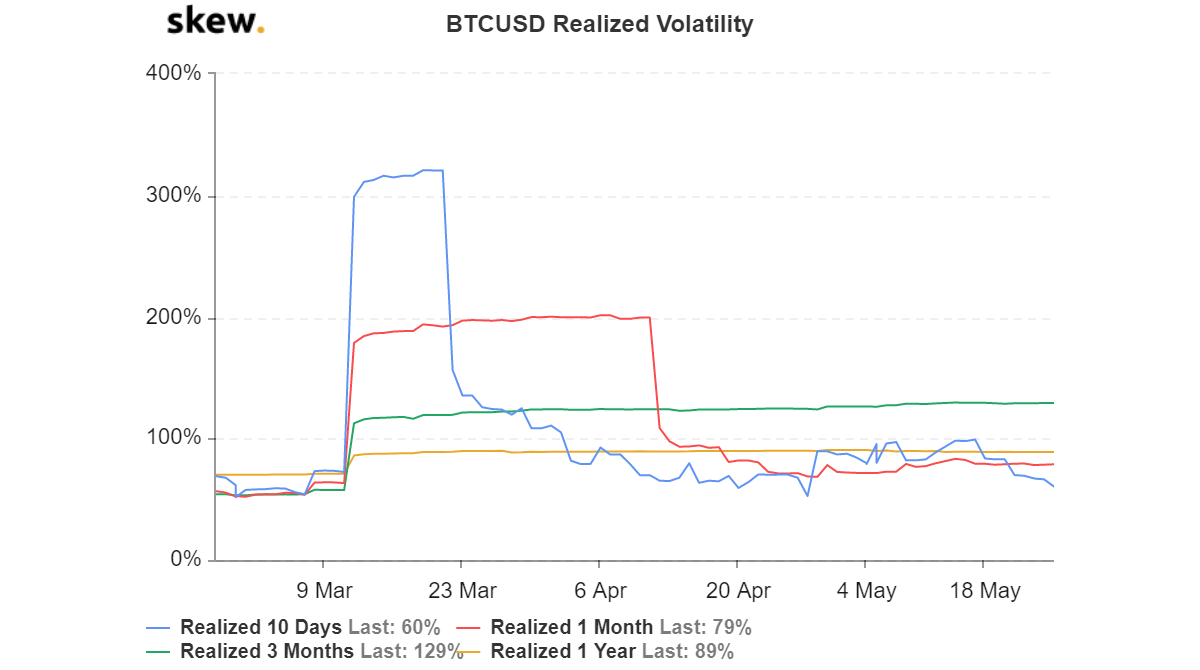 Meanwhile, the Implied Volatility [IV] was well supported. The falling realized volatility was based on the historical movement of BTC’s price, however, it did not have an impact on the future volatility of the coin, as of the time of writing.

On the contrary, the Volatility term structure [VTM] chart provided by skew markets, based on the pricing of Bitcoin Options contracts, suggested that peak price fluctuations will soon come upon the market. As the chart extended till December 2020, the price peak could be visible by the end of 2020. 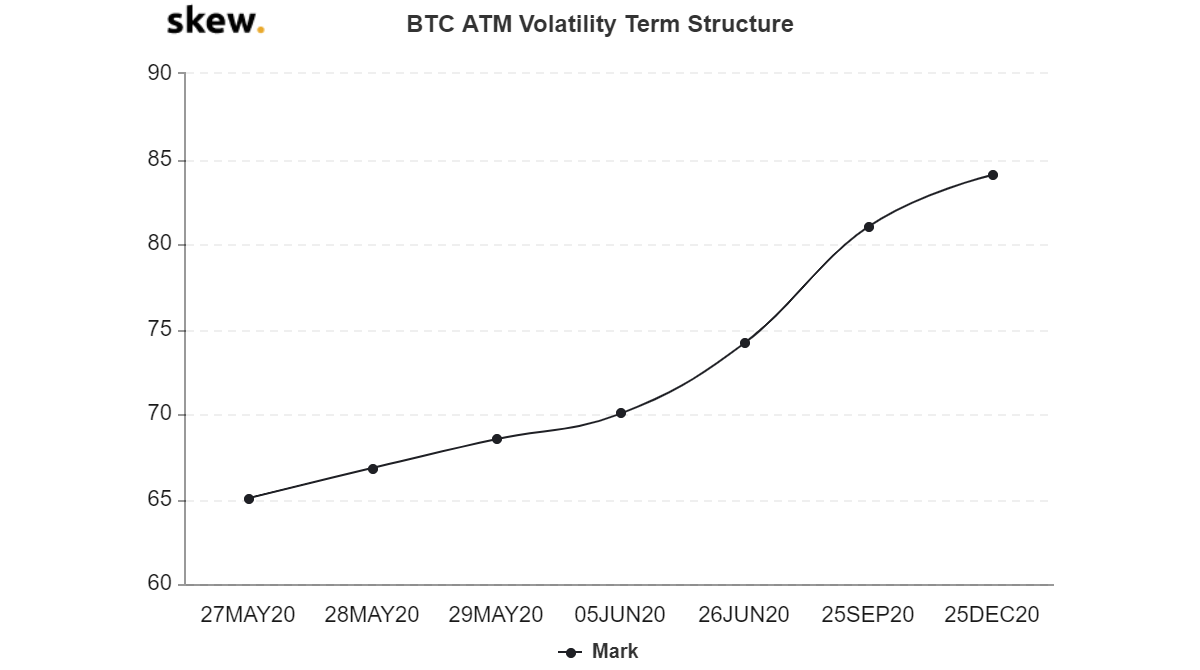 Further, the VTM showed an upwards sloping line, one that suggested that the volatility of the cryptocurrency will continue to rise to start from June. This could be the aftermath of halving the traders are eager for, with many still pinning their hopes on a bull run.

In fact, the traders are already hedging against the activity to be noted by the end of the month, something highlighted by the short-term BTC skew. 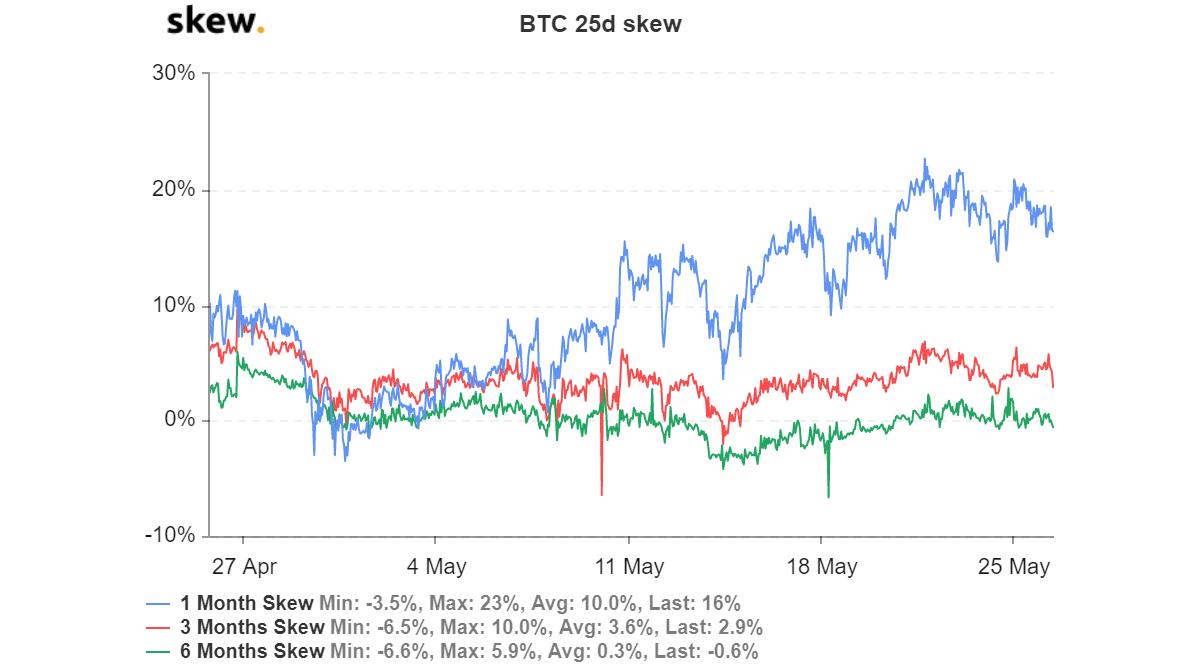 When considering the historical highs underlined by the 1-month skew, it can be deduced that traders who entered the Options market in May may stay and continue projecting enthusiasm. However, that’s not the complete picture as the changes in the structure of the derivatives market will be more clear as the month comes to an end and we see the contracts expire.

Bitwage Rolls Out Bitcoin 401(k) Plan With Help From Gemini