Bitcoin‘s price is yet to reach the heights many had hoped it will surge to post the much-anticipated halving. Instead, the coin has been noting great sell-offs, with the market incredibly panic-stricken. With  Miners’ revenue getting slashed from 12.5 BTC to 6.25 BTC, transaction fees have contributed sufficiently to cutting losses. However, the sudden slump in revenue drove out inefficient miners from the network.

Miners’ revenue spiked post-halving and a portion of the increased revenue was coming from transaction fees, a figure that rose by almost 200% post-halving. However, according to data provided by Glassnode, a sharp decline in miner revenue fees has been noted.

The recent spike did not correlate with an increase in on-chain activity, but rather resulted from the prioritization of higher-fee transactions by miners in order to offset decreased revenue post-halving. The huge movement of BTCs a few days back, followed by the sell-off, did not paint a favorable picture, as far as the revenues were concerned.

As panic spread in the BTC market and the price of Bitcoin fell, once again, under $9k, the higher volumes of on-chain transactions began to fall. With lower volumes, the fees also fell over time, thus impacting the revenue generated by miners.

As miners’ revenue moves towards its previous levels, the difficulty adjustment may help miners in easing the process. According to Blockchain.com, the mining difficulty fell from 16.105t to 15.214t between 19 May and 20 May. 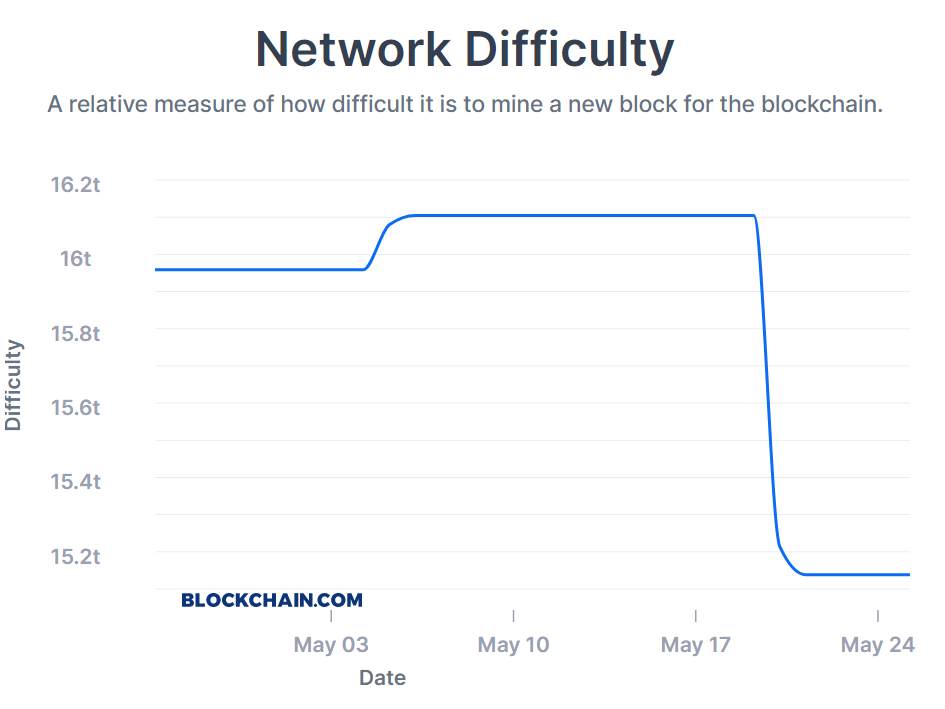 Despite the re-adjustment in the mining difficulty, the hash rate was not showing any signs of recovery. The hashrate fell from 121.038m TH/s on 11 May to 91.495m TH/s, on 25 May. While market observers predicted the miners to return to the network if the hash rate remained above 90m TH/s, however, values were too close, at press time. This could be an indication that the miners may require more time to adjust to the economic realities of reduced block rewards, before returning to the network.

RBI Confirms No Ban on Cryptocurrency Exchanges, Businesses or Traders in India

Tencent Is Pouring $70B Into New Tech Including Blockchain