Ethereum, fueled by ‘golden cross’, could touch $290 this week

The golden cross which took place recently didn’t immediately project the violent pump expected by the market, though there might still be hope for ETH yet. According to CoinMarketCap, Ethereum has a market capitalization of over $27.12 billion, with over $26.82 billion worth of ETH traded in the last 24 hours. 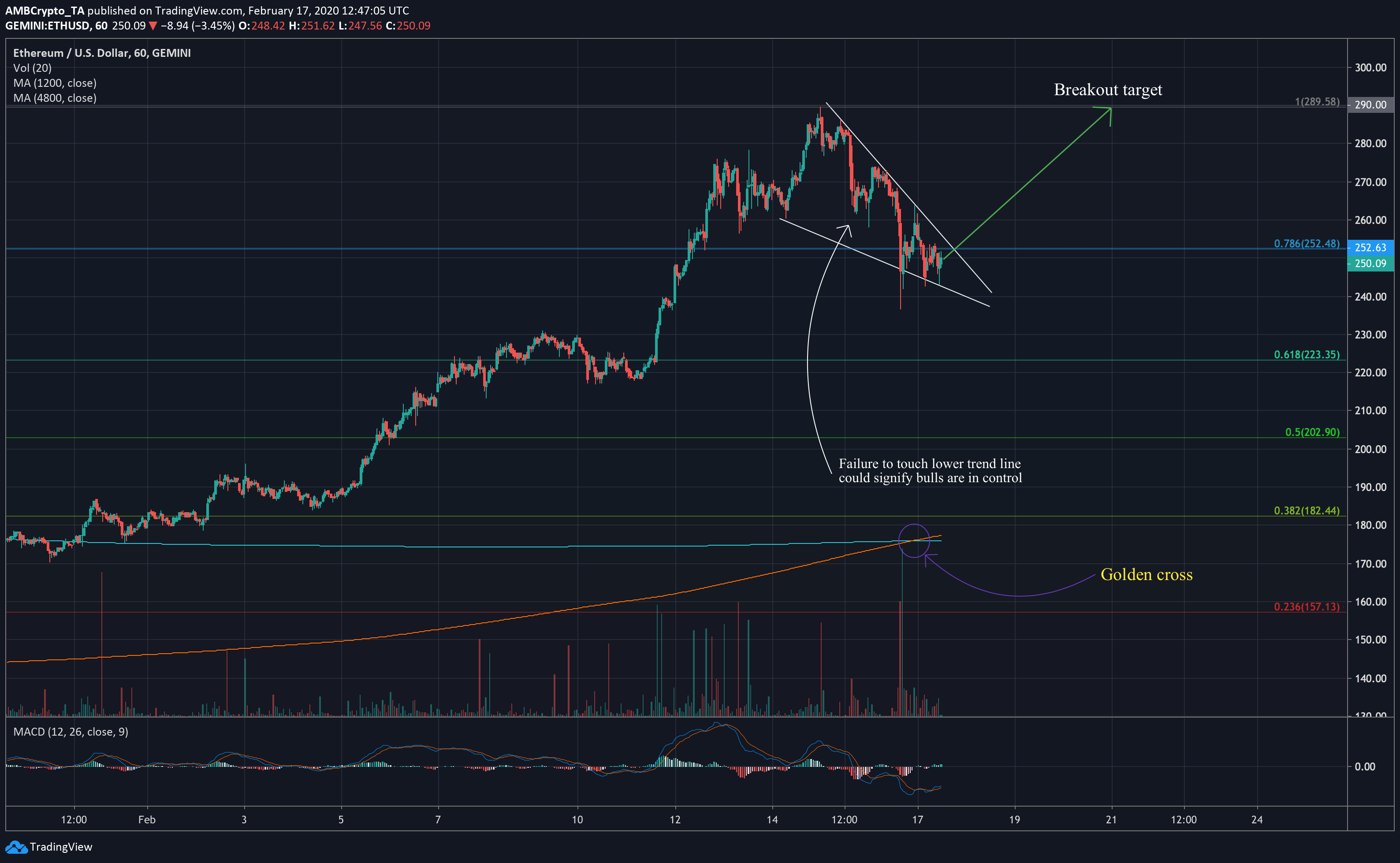 The 1-hour chart showed ETH  moving through a falling wedge formation for the last couple of days. These patterns breakout upward in nearly 70% of cases, which could imply positive price action in the short-term. Ethereum looked to be facing some heavy resistance at the 78.6% Fibonacci retracement line, at $253, and a breach of this level could facilitate some strong upside this week.

The price’s failure to touch the lower trend line after the first touch could mean that bullish sentiment is overriding the bears in the current market scenario. The 50 and 200-day moving averages appeared to have exited their death cross formation and moved into the far more optimistic golden cross. Both MAs moving under the price candles is also a sign of a bull market.

MACD indicated upward movement in the short-term, with the signal line having just crossed under the blue MACD line. It is likely ETH will see some sideways movement till the price touches the upper trend line at the 78.6% Fibonacci retracement line, following which a breakout to the $290 seems plausible.

This month, as per data from CoinMetrics, Ethereum is also seeing increasing daily transaction count rising fairly consistently with the number of active addresses per day. This is likely due to the rising number of projects being built on the blockchain which, in turn, could be driving adoption and more capital into the space. More transaction count also likely means rising volumes, which could help boost ETH price above the strong resistance at $253.

Ethereum will likely experience some sideways movement over the next couple of days, moving to the upper trend line at the 78.6% Fibonacci retracement level. From here, the golden cross could fuel an upward breakout to the $290 level before next week.