Ethereum kickstarted 6 April with a strong green candle; by the eleventh hour, ETH had managed to acquire 8.38% of its value and marked a daily peak at $155.78. The second-largest cryptocurrency was able to hold this price and was being traded at $155.79, at press time. 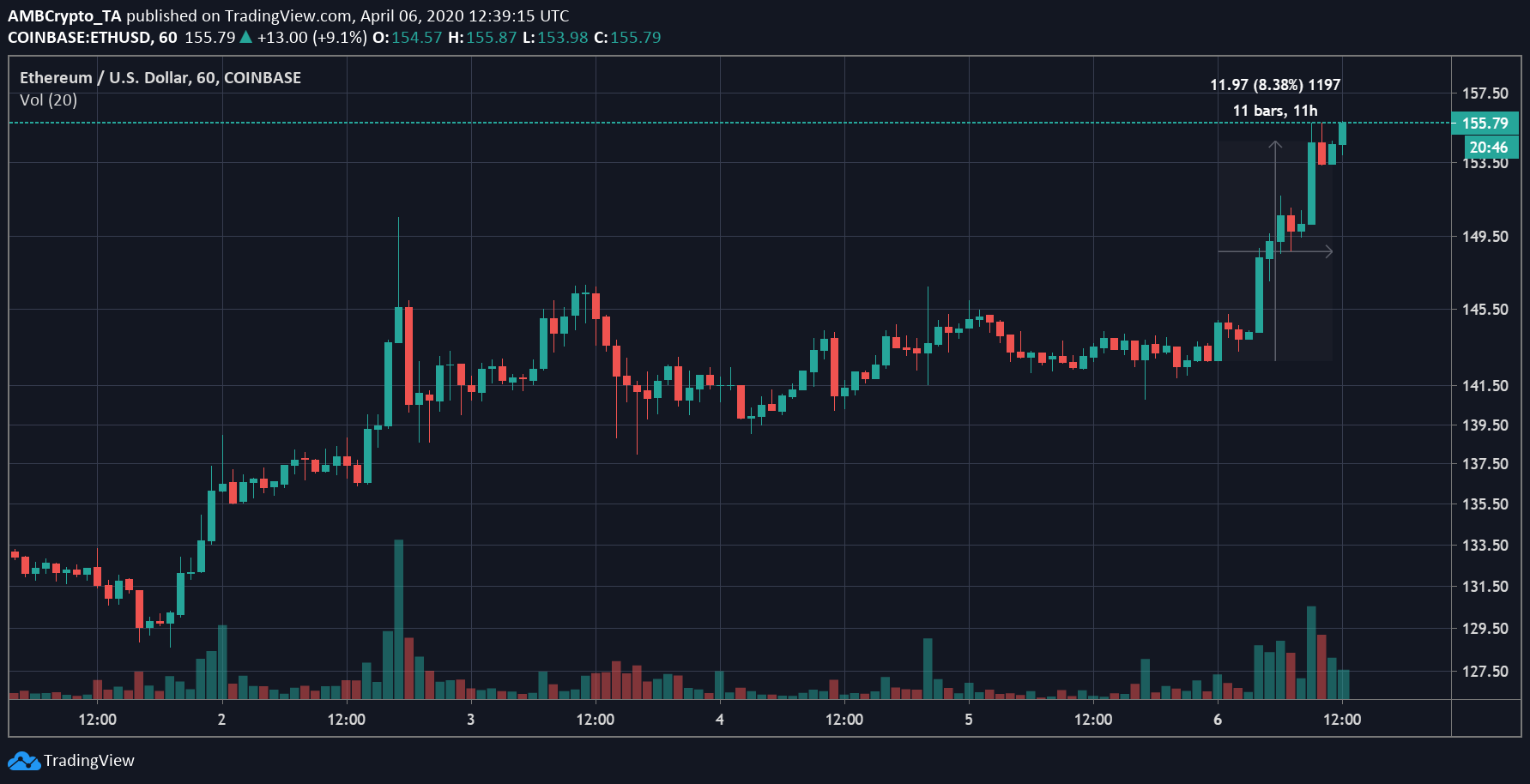 Out of the total liquidations that took place on BitMEX, the majority were Buy Liquidations. Despite a rising price, the daily volume of Etheruem futures still appeared to be restricted.

Even though ETH futures market failed to note a drastic rise in the Open Interest [OI] on other derivatives exchanges, ETH futures on BitMEX was showing an upwards spike. 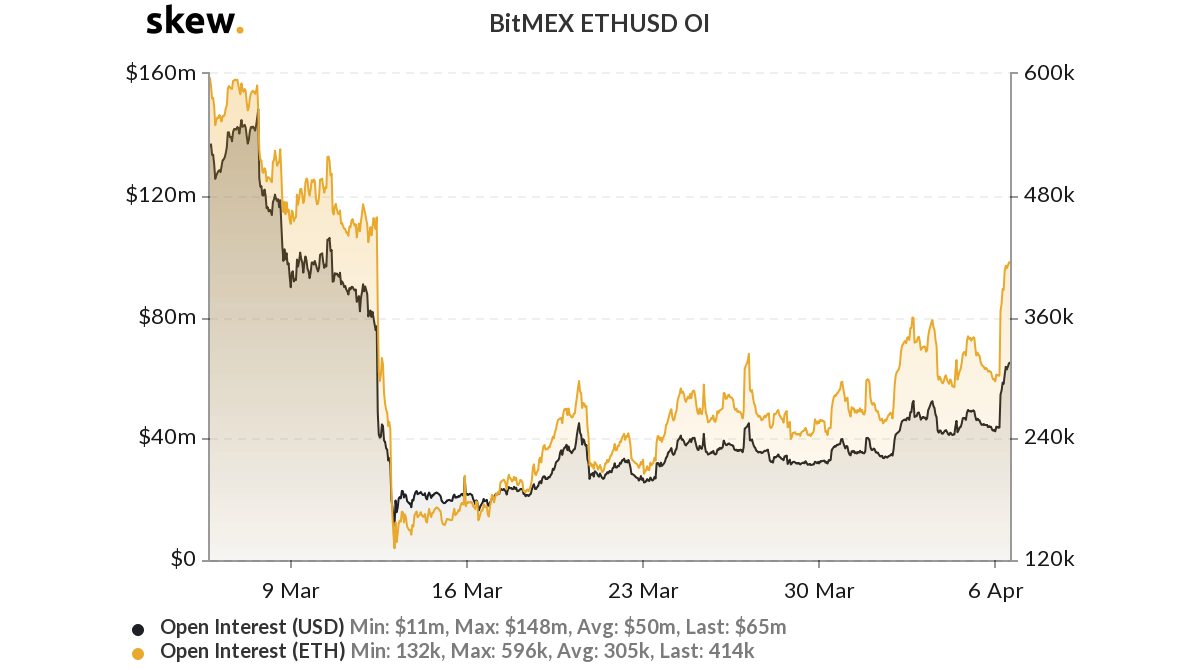 The ETHUSD OI had fallen on BitMEX on 12 March from $76 million to $17 million and moving sideways. However, on 6 April, the market rally hinted at the possible interest from traders on BitMEX to report a spike from $44 million to $65 million within hours.

Ethereum Surges Ahead, Can Bulls Reach the $200 Resistance?