First Mover: EOS Has Still to Prove Itself After Spiraling Down This Past Year 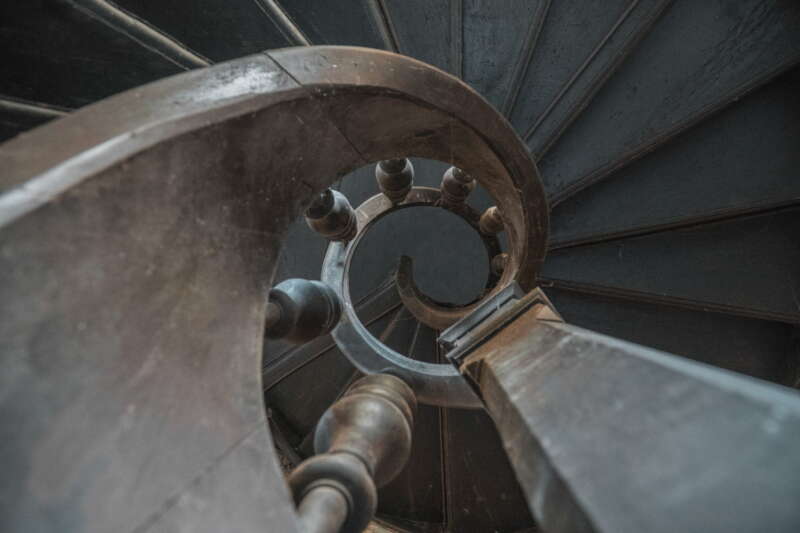 EOS, a smart-contracts platform, has had its fair share of bother.

The blockchain’s launch in 2018 was bumpy: Some users had their accounts frozen, twice. Many more were irritated when they discovered there was an all-powerful arbitrator whose role was unclear. Then last year, Brock Pierce, one of the project’s early backers, said in a public forum that the blockchain ecosystem was a “little bit of a Chinese oligarchy” — implying a troubling lack of decentralization on the network.

You’re reading First Mover, CoinDesk’s daily markets newsletter. Assembled by the CoinDesk Markets Team, First Mover starts your day with the most up-to-date sentiment around crypto markets, which of course never close, putting in context every wild swing in bitcoin and more. We follow the money so you don’t have to. You can subscribe here.

Over the past year, the EOS token’s price is down 69%, the worst performance among digital assets with a market capitalization of at least $1 billion, based on Messari data. That’s more than twice the decline over that period in prices for EOS’s biggest rival, Ethereum. Bitcoin is flat over the past 12 months.

So is the worst now behind EOS? After all, it was once billed as the “Ethereum killer.”

For starters, the concern that EOS is too centralized in the hands of Chinese operators might have lessened.

Earlier this month, Block.one, the software publisher behind EOS, released a voting criteria requiring block producers to disclose their locations. Officials with the project told CoinDesk that the location requirement could help increase “inclusivity and diversity among block producer nodes.”

Block.one also removed another overhang last September when it agreed to pay $24 million to settle charges brought by the U.S. Securities and Exchange Commission that it raised the equivalent of several billion dollars in an unregistered initial coin offering through 2017 and 2018.

The settlement may have freed up Block.one to use its sizable warchest for network development. In December, the company announced it would hand out $50,000 grants to any promising projects looking to build on EOS.

One of the chief selling points of EOS is that it’s scalable, and that it offers zero-fee transactions. But in this case, the zero-fee strategy isn’t necessarily all positive: A study from Imperial College London published earlier this month found that free transactions led to “spammy behaviors.”

Late last year, one project, EIDOS, airdropped so many tokens that it clogged the EOS network. Volume increased 10-fold and at one point comprised 95% of total network activity.

This caused the network to clog up and enter “congestion mode,” obliging users to stake a small amount of EOS to keep the network operating. According to the Imperial College London researchers, free transactions ended up discouraging legitimate users from using the protocol, rather thaan encouraging network activity.

Another concern: As a platform for decentralized applications, EOS might be overly focused on gambling.

Rankings from dapp.com show that 13 of the top 20 applications are gambling-related. And it’s a key concept in crypto networks that less diversification increases vulnerability: If blockchain gambling were suddenly to end, activity on EOS could nosedive, causing significant, possibly even fatal, disruption.

This makes the investment case for EOS harder.

Mati Greenspan, founder of Quantum Economics, said that there was “nothing in my radar that differentiates it from two dozen other top-cap cryptos.”

Bitcoin and Ethereum have proven themselves, Greenspan said, while EOS languishes as one of those coins that has yet to find broader real-world adoption.

Of course, that could all change. Greenspan said one bullish signal for EOS is that it has a large community, “which really goes a long way.”

But the market for smart-contracts platforms is highly competitive. As well as Ethereum, EOS counts both TRON, Tezos and, more recently, Binance as direct competitors.

With a market capitalization of more than $900 million, even following the past year’s price declines, EOS looks like a show-me story.

The project may still have to prove why it should be worth that amount.

Trend: Bitcoin popped back above $9,000 on Wednesday, having been forced to defend sub-$8,700 levels twice in the last two days.

The top cryptocurrency by market value is currently trading over $9,100, representing a near 3% gain on the day. On a few exchanges, including Switzerland-based Bitstamp, prices have hit highs near $9,200.

The 4-hour chart is now reporting a falling wedge breakout, a bullish reversal pattern. It indicates the recent sell-off has ended and the buyers have regained control.

On the way higher, the cryptocurrency could face resistance at $9,310, which is the bearish lower high created on May 24. A violation there would expose $10,000. The overall bullish trend would be restored if prices establish a strong foothold in the five figures.

Facebook changes name of Libra wallet from Calibra to Novi