For Bitcoin miners will Lightning Network be the straw that broke the camel’s back?

Bitcoin miners have been under a lot of stress in the recent past as the king coin underwent its third block reward halving. Sustainability of many mining operations post-halving has been and continues to be a concern. Even in areas in which operational costs can be balanced out thanks to the cheap energy available, many miners, especially small scale ones, have struggled to stay afloat in recent times. This in turn, may also have significant implications for Bitcoin’s overall network health. Adding another layer of complexity to this paradigm, miners may also be impacted by the implementation of layered solutions within the Bitcoin ecosystem.

Adam Back, CEO and Co-Founder Blockstream in a recent interaction on the What Bitcoin Did podcast discussed the impact second layer solutions like the Lightning Network will have on the miner ecosystem. Back noted that if the Lightning network enables more use cases for Bitcoin and more users on board for more transactions, it may even drive the price of Bitcoin up, which benefits everyone within the Bitcoin ecosystem, including miners. He said,

With regard to miners who continue to point out how implementations like the Lightning network are problematic with regard to their revenue, Back highlighted,

“So for miners to say, well, we don’t like Lightning because it takes away the fees. That’s them saying that they want to constraint a block size so that people have to pay a lot.” 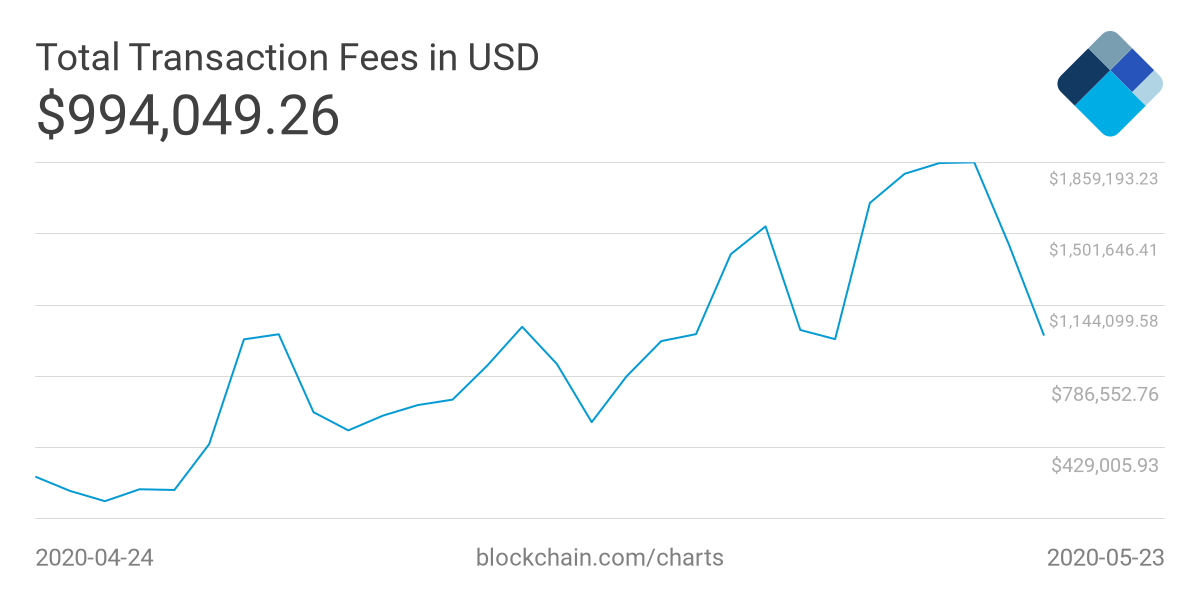 However, while Lightning may promote the overall Bitcoin ecosystem thereby benefiting miners as well in the process, the short term prospects for miners haven’t been great. In the past month, according to data from Blockchain.com, the miner ecosystem has had to endure a significant drop in fees, which has added to their woes when it comes to keeping their operations sustainable and alive.