Is Bitcoin likely to lose out as the Libra 2.0 versus China’s DCEP race unfolds?

When Libra was announced back in 2019 with financial inclusion [banking the unbanked] as its main vision, it created fear among the central banks. As Libra made the headlines across various countries even before its approval, central banks needed a weapon against it. Enter CBDC.

A concept of CBDC was introduced by the Bank of England [BoE] way back in 2015, when Bitcoin started gaining popularity. However, Libra’s news accelerated CBDC’s developments with many other central banks across the globe increasing developmental efforts.

Now that Libra is back with a revamped version, and China’s DCEP is also in the final phase, a lot of debate have been sparked around how there might be a tough competition between the two in the coming years. A recent research report looked into the possible paths of Libra and China’s DCEP within the payment and settlement system. It also explored the possible configuration of Libra in the future (Libra III) and the second layer of the DCEP. 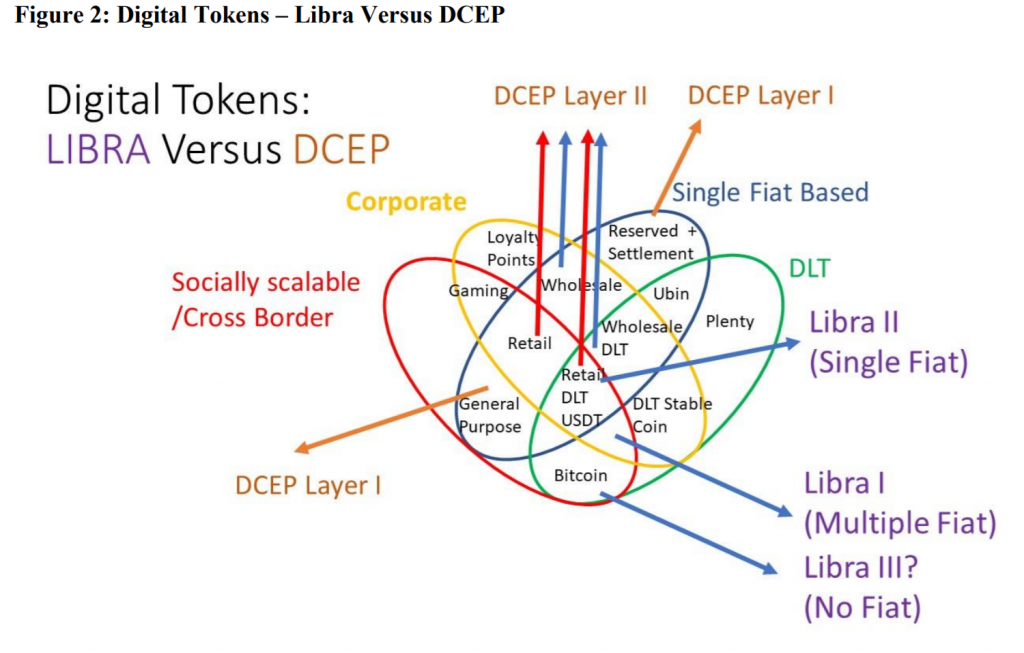 If anything can stand against CBDC and pose a risk to its existence, it is Facebook‘s Libra, at least as of now. CBDCs are under the control of the central banks and Libra is under the control of a corporate entity – Since there’s complete centralization in CBDCs, Libra might be the preferred option by many. Moreover, Libra promises to provide and boost financial inclusion while people will already need to have a bank account to use a CBDC. Additionally, CBDCs could be so centralized that governments could end up forcing people to use them.

Considering all these factors, it is likely to be a case of the survival of the fittest in the coming years. As mentioned earlier, China is already in the final stage of DCEP’s release while Libra 2.0 is not even adequately approved by the regulators. By the looks of it, Libra could take years to be fully realized, and by then people would have gotten comfortable with CBDCs and might not want to make the switch. However, those desperately waiting for financial privacy might make an instant switch if and when Libra launches. But as of now, CBDCs seems to be leading the scene.

This also raises the question of whether the increased popularity of Libra and CBDC ends up posing a threat to Bitcoin?

Bitcoin advocate Andreas Antonopoulos asserted that any amount of developments in both Libra and CBDC were entirely irrelevant to Bitcoin. He had stated,

“All of those systems[Libra, CBDC, and other new technologies] lack the fundamental components that make Bitcoin interesting and different. Bitcoin is revolutionary, immutable, public collaborative, and decentralized.”

Bitcoin might have to wait, as privacy-enhancing features may take adoption wheel