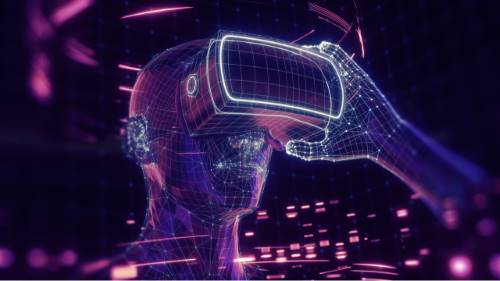 The Sandbox, a blockchain-based metaverse game, has scored an investment of $93 million to keep expanding its metaverse proposal. The funding round was led by Softbank’s Vision Fund 2, an investment vehicle that puts funds on early tech-based companies. Other investors in the round included Animoca Brands, True Global Ventures, Liberty City Ventures, and Galaxy Interactive, among others.

The Sandbox Gets $93 Million in Series B Funding Round

The Sandbox, one of the leading blockchain-based metaverse games, has closed its Series B funding round raising $93 million to further expand its virtual world. The funding round was led by Softbank’s Vision Fund 2, which specializes in investing in tech startups. The round also had the participation of Animoca Brands, True Global Ventures, Liberty City Ventures, and Galaxy Interactive, among others.

The funds raised in this round will help the game to keep expanding its reach. Sebastien Borget, COO and co-founder of The Sandbox, stated:

This investment round led by Softbank Vision Fund 2 will help scale up our growth strategy, operations, and player acquisition in The Sandbox ecosystem while sending a clear statement that the world’s most innovative fund believes in Web3 and decentralization as the next major trend

The Sandbox, which is owned by Animoca Brands, has experienced explosive growth since its creation, with more than 500K users having an in-game wallet now. The game lets players and companies own virtual lots of land, and monetize these interactions. Celebrities like Snoop Dogg, have also made deals to allow digital alter egos to be represented in the game. Other IPs like The Walking Dead, The Smurfs, Care Bears have also made arrangements to be present in the virtual world.

Metaverse Tokens Getting a Boost

While virtual worlds and the metaverse concepts are not new, they have been picking up steam recently due to the pivot that Facebook, one of the pioneers in the social network world, is doing to also power its own version of the metaverse. This seems to have raised awareness about the validity of the metaverse proposal and has propped up interest and prices of metaverse related tokens, like sand, The Sandbox native token, and mana, the token of another metaverse based project called Decentraland.

Facebook announced its name change to “Meta” on October 28. Mana was trading at less at 0.77$ for that date, and sand had a price of 0.81$. In the days following the announcement, these two experienced a big jump, with mana now hovering on top of the $3 mark, and sand reaching a price of $2.83.

What do you think about The Sandbox’s $93 million funding round? Tell us in the comments section below.

Solana, the coin of the rising sun: See how and where to buy now