Wassim Alsindi: Fiat Money Is an Experiment and Not Very Long-Lived One 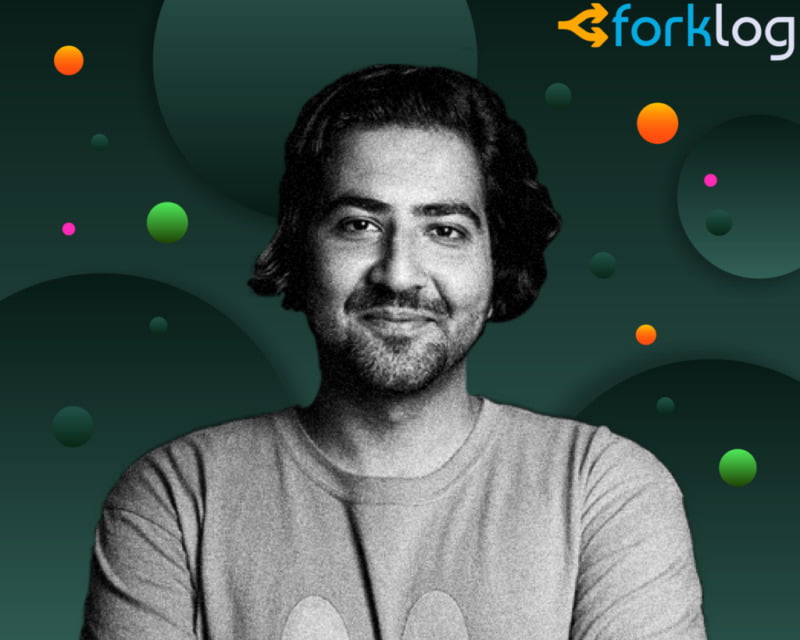 Among different kinds of money, only certain ones succeed. Although, it isn’t always the good money that succeeds. This held true for early economic relationships that appeared when barter became insufficient, this holds true for the traditional finance, and this is apparently true for the new kinds of money like cryptocurrencies.

Wassim Alsindi (Ph.D.), a cryptocurrency researcher and the editor at Cryptoeconomic Systems, talks about the characteristics of good money, the evolution of money through history, and the more abstract monetary concepts emerging as humans develop new technologies. This is an adapted version of the interview available on the ForkLog LIVE YouTube channel.

People have different kinds of ideas about how something can become good money. We may start by thinking about the pathways to becoming good money.

Many things that have become used as money started off as commodities. Earlier in human history, when people started to settle and learned agriculture, food became a commodity. It was something that was valuable, had a limited supply, and could be used to trade. Before we had things that function as money, such as commodities that function as monies, people used to barter.

As a part of the work I presented on TokenSpace, I went through the history of money to try to understand what makes things “good money.” Many people like Nick Szabo have trodden down this path. Some of the interesting things are the examples of shells that were locally rare or glass beads that were locally rare in a particular part of Africa. In England, we had tally sticks, which were just branches with etched marks on them. That was the record-keeping system. Those would function well enough in a small tribe or a small community. As the groups get bigger, these things get harder to scale.

We see this tendency of moving from things that are locally rare to things that are globally rare. Think about precious metals like lumps of gold and silver. We think of them as quite rare. And so, although they aren’t very useful in the same sense as bread or fish are, such precious metals can be used as an abstract artifact of value. As long as everybody agrees that those things are valuable.

What’s interesting about gold and silver is that we think of these metals as scarce. But there’s more gold in the ocean in a form of ions, than there is gold above ground in Fort Knox and even underground yet to be mined. I’ve got a background in chemistry so I used to think about these things a lot. The question is “why is there so much gold in the sea that we haven’t covered?” And the answer is “it hasn’t been economically viable to do that, given the current price of gold and silver.” Technology makes things easier and cheaper to do. Eventually, we will be sucking gold out of the seawater. And we’re just a small planet in a gigantic universe where gold comes out of exploding stars, so it must be everywhere.

We are planetary-bound at the moment, but our civilization may not remain bound to a planet in quite the same way in the future. Luxemburg has a ministry of space mining already. They are already planning, trying to build a regulatory framework, trying to set up building blocks of the industry, and create an ecosystem around recovering precious metals from asteroids.

There’s an interesting side point here that as we get more technologically advanced, our lives fuse with technology. We conduct more of our business in virtual mediums. What we think of as money, and the acceptable bounds of what can function as money, may also be shifting towards more technological things. This is a concept Jean Baudrillard, a French philosopher, absurdist, and thinker came up with as “simulacrization.” A simulacrum is a digital abstraction of a real thing. Think about what used to be money, lumps of gold, then we make paper, then naive digital fiat, now we have cryptocurrencies. These things are becoming more and more abstract in a sense. Our society is also becoming more digitally abstract. Maybe that’s why we are seeing these things evolving, as a response to our own technological progress.

So, what makes the money good money changes over time. Some things like the predictability of supply, the unforgeable costliness, the difficulty of creating more, and the asymmetry of being able to easily verify that something is true and correct within a monetary system versus being hard to manufacture.

Let’s take a step back into history. After Isaac Newton did all his groundbreaking work, a lot of people thought that he went crazy. Newton became an alchemist and tried to turn lead into gold as the master of the Royal Mint where coins were struck from silver and gold. A different way to look at this is that he was trying to hack gold, reverse-engineer what was at that point the most unforgettably scarce material.

So, scarcity, predictability of supply, ease of transfer, and also these things we hear often about stores of value, mediums of exchange, and units of account—these all are the desirable qualities of money. It’s also hard to see what would make good money in the future, even in 10 years.

There’s an interesting work by Nick Gogerty and Paul Johnson on a network theory of value. You can think of every money as a protocol. That’s easy to do with something like Bitcoin because it’s literally some code that people run and it gives rise to the network, and so on.

But you can also think about gold in that way or U.S. dollars. Each of these things, no matter how widely they’re used or how localized the monetary protocol is, they are only useful when people would accept that from you. That’s kind of the acceptability of money. If you walk out to the street, it would be unlikely that people would accept these kinds of things, unless you go looking for them specifically. That’s the breadth of the protocol. In Bitcoin, you can think of it as who runs the nodes, who participate in the coding, miners, businesses, and such. It’s a bit harder when you think about gold as a protocol network, or tasty fish as a protocol network, these are smaller things. The broader the network and the more acceptable the money is, the more likely it is that other people will adopt this network.

The world converges on a particular common currency, common language, common computing protocol. The network effects are quite the real thing. Imagine you were to throw a dart at a random point on the globe and then travel to that place. If you could only take one kind of money with you, you would probably put U.S. dollars in your pocket, because that’s the most likely currency to be accepted in a particular place. So, one of the real nitty-gritty aspects of money is whether you can actually use it.

That’s one of the things we see with altcoins and smaller cryptocurrencies. They may have some desirable properties of commodities, but they may not be widely accepted as money yet. That’s why I try to differentiate how good something is as a commodity versus how good of a money it is.

The sets of parameters and characteristics, which go into figuring out how good a thing is as a commodity or as money, are interrelated. But the particular parameters are weighted and prioritized differently.

You could spend years talking about the desirable characteristics of money. But the most important thing is that some people would accept it from you. Usually, that is accompanied by some usefulness. The one exception is fiat currency, which is not really useful in some innate sense. Rather than being an abstraction of some innate value, that’s an abstraction of faith in a nation-state or a central bank. Fiat money is an experiment and a not very long-lived one. We haven’t divorced monetary protocols from underlying value until quite recently. Central banks used to hold a lot of gold, you could argue that they still do, but they don’t show a lot of evidence of that anymore. Things like Bitcoin and cryptocurrencies are a step back to that trend where money has certain innate value, like digital bearer assets that are useful in their own right.

Before we consider cryptocurrencies as money, we should think of them as volatile commodities. Price is an interesting metric because it fuses all kinds of variables into a single number. This number can go up and down, you can plot it on charts, it gives you a representation of the state of the conversation between buyers and sellers in the market. With Bitcoin, there’s not much trading volume going on, compared to traditional markets. It doesn’t take much to push these prices. If people think there is a speculative utility in holding a certain monetary good, they will hold on to it.

If you look at the countries with high inflation, there as soon as you receive the money you run off to the street to spend it. It doesn’t hold its value. You don’t want to hold bolivars. In Venezuela, people hold USD in paper or digital forms. Some people are using cryptocurrencies. We can look at these economies to see an indication of how Gresham’s law or Thiers’ law works out, how good or bad money drives the other one.

A lot of what we’re talking about is ultimately superseded by the fact that there are humans using these networks. Humans engage in this collective belief, you can call it a community or a cult, that something has value. And it’s hard to stop them doing this. Some people think that baseball cards are valuable, some people collect books or stamps, it’s all about what you think is valuable.

Going back to Gogerty and Johnson work about network theory of value, they have this time-based way of thinking about these things. In the past, the price is objective, we know what the price of Bitcoin was yesterday, it’s easy to know that. At the moment, the price depends on so many factors that take place at that moment, we make a transaction and the price changes. And then there’s the future, which is uncertain.

You need to have some sound foundations as a protocol, whether it’s gold, or USD, or Bitcoin, but largely, if enough people don’t agree on the value of these things, they’ll be very limited in their scope. I think it’s largely a social and human phenomenon.